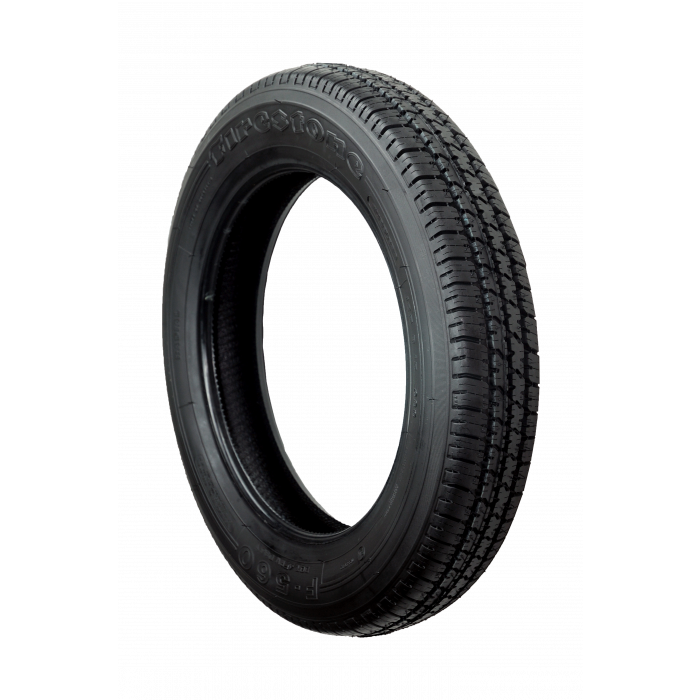 Firestone is one of America’s oldest tyre manufacturers, producing tyres for the pioneers of US car design. From the earliest smooth pneumatic tyres, through the development of tread patterns and new construction methods, Firestone has grown into a company producing a huge variety of tyres. Its involvement in motorsport is legendary, with 60 wins of the Indianapolis 500 to its name. It also still produces many of its most iconic tyres from many eras of motoring.

The F560 is a classic design intended for small cars from the early 1960s onwards. It has appropriate load and speed ratings for small saloons and sportscars, and it’s narrow tread widths and tall sidewalls look correct on these cars.

Notify me when this product is in stock