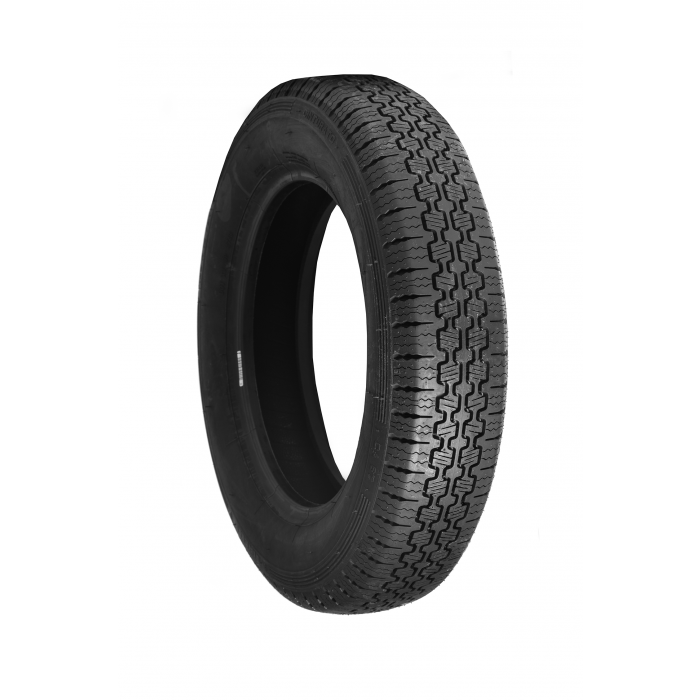 Patented in 1951, Pirelli’s first radial tyre incorporated a great deal of advanced thinking in terms of its construction and performance. It became a very popular fitment for performance vehicles throughout the 1950s and 60s, from Lancia and Alfa Romeo to Maserati to Ferrari. As well as this core of Italian performance vehicles that used the Cinturato, car manufacturers from many other countries offered the tyre as an optional fitment in the 1960s. Models from Porsche and even Volvo were often fitted with these tyres by their more well-heeled customers.

Latterly called the CA67, this pattern of Cinturato is still manufactured by Pirelli in a wide range of sizes, using modern materials, but keeping its traditional design.

This 145HR14 size Pirelli Cinturato CA67 is an ideal tyre for the Lancia Fulvia and Riley 1.5 Litre. It is also the correct size for a Morris Minor.

This is a tube-type radial car tyre.