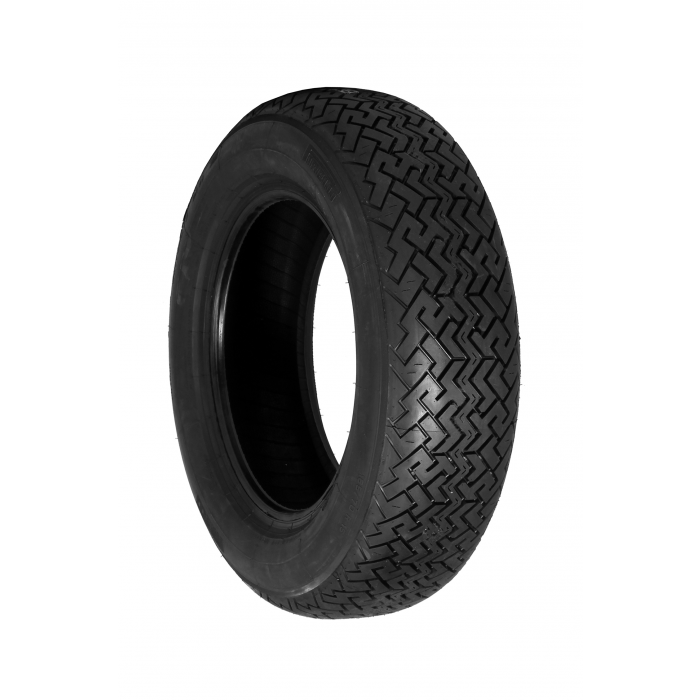 Introduced in 1968, Pirelli’s first steel-belted radial was its entry into the new world of high-speed rated, low-profile tyres. Intended for high-performance and GT cars, it launched in 185HR14 as fitted to the Fiat Dino, and even became a successful competition tyre in early 1970s rallying. Further development saw lower profiles added to the range, with the ‘Serie 70’ tyres intended for BMWs sporting saloons, as well as the highly-advanced 215/60WR15 for the Porsche 911.

The period-correct, zany tread design of the CN36 survives to this day, now made in modern materials by Pirelli. There is a wide range of sizes, catering for original period fitments for many cars, as well as offering the potential to upgrade some period cars to a lower-profile alternative (especially the MGB and many Alfa Romeos).

This 185/70WR15 Pirelli Cinturato CN36, with its N5 classification, is the perfect tyre for the Porsche 911, from its earliest days through to the 1980s (as a front tyre fitment in the later and higher-performance cars). It was also the size fitted to the earliest Porsche 944 and the 924 Turbo, and as an option on the 912. Other cars using this size are, the Maserati Merak (front tyre), and the Volvo P1800E and ES models.

This is a tubeless radial classic tyre.